Simply What is a promise ring and What is the meaning of it.

When you know that you are bonded to a person from the soul and when you feel that you are ready to commit to that person, It’s time to go shopping for a Promise ring. A promise ring often leads to an engagement. The promise ring becomes a pact among the person who gives the ring and the person who receives the ring. This symbolizes the first step of commitment in a journey that would lead to an engagement and a blessed life of a marriage. 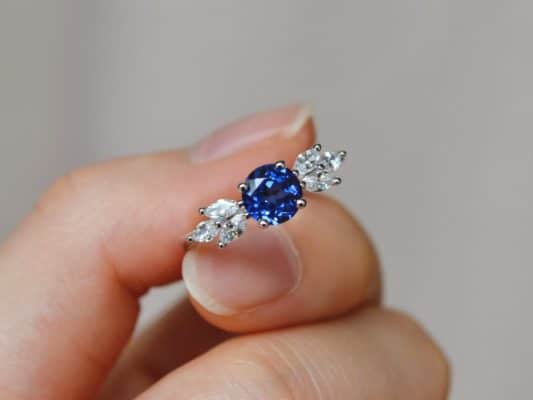 Though deviated from couple to couple slightly,  a promise ring represents a future of devotion to be committed to a relationship dearly. Due to various milestones in relationships, a ring may represent that associated unique love story along with the wish of a future together.

Dates back to the mid century of giving your high-school sweetheart your class ring or pin the promise ring make the relationship something special as no longer you are just dating each other.

How much does a promise ring cost

Promise rings usually cost less than the engagement rings or wedding rings. The reason for these rings to be cheaper is that they are designed for young couples and they mostly lack the financial background to spend a fortune on a ring. A standard promise ring can be purchased around 100 USD to 2000 USD. But there is no limitation for you to be creative with the ring and include a bit of personalization to the ring to make it even more special to your significant other.

What finger does a promise ring go on

Are They Just for Women—Or Are There Guy Promise Rings Too? 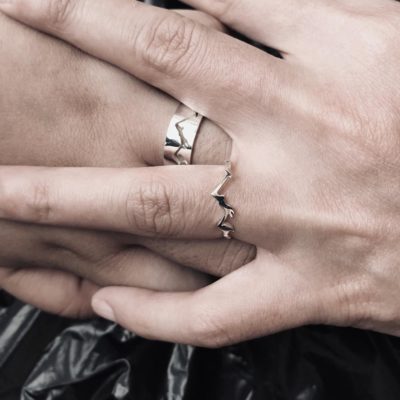 These rings are crafted to be stunning yet to be comparatively smaller and less expensive than an engagement ring. These rings could be studded with a variety of gems and sapphires to add the compassion of your relationship to the ring’s characteristics. There will not be a big diamond in the middle as it could be confused with an engagement ring. So the use of stones are done carefully with less significant stones that would not cost a fortune to a young couple.

Certain designers release matching promise rings that couples can exchange to show the commitment and show that they are more than just dating as a couple.

How to Give a Promise Ring

It’s always important to ensure the promise ring is not confused with a wedding proposal. Hence it’s important to provide clear hints that it’s not a marriage proposal or an engagement ring and you are appreciating the relationship. Wrapping the ring in as a small gift box and giving it as a present is the easiest way of giving your significant half the promise ring.

Gifted on an Anniversary or a Birthday or on a traditional gift-giving day a promise ring will make more sense. It’s very important that the ring giver is around when the receiver opens the ring box so that moment can be cherished together and the giver can explain the reason for the ring.

A good suggestion is to take the receiver somewhere special where that place has a certain special memory. Also slipping the ring by yourself on the receiver is a beautiful way to give a promise ring.

Another beautiful thing to do is taking the girlfriend to buy the ring so that she would have a very good idea what that ring represents.

Do you kneel when giving a promise ring?

Never kneel while you are giving the ring , it’s a universal NO. When you kneel down that represents you are proposing a marriage. Which makes the promise ring look like an engagement ring.

Can any ring be a promise ring?

Any ring can become a promise ring , yet selecting a ring which is aesthetically designed in a way it’s not confused with an engagement ring is always the best.A simple but solid design is the key to a good promise ring.

NO, A promise ring shows the commitment from a person to be honest and devoted to the relationship. This shows the giver’s commitment to the receiver. This is exactly why you shouldn’t kneel when giving the promise ring as often a receiver could get the wrong idea.

Also a Promise ring being the symbol of fidelity and commitment it could be given because it’s not practical to be engaged now. This does not mean there is an engagement promise but there is a hope to be together.

Do both people need a promise ring?

Yes, Both people can wear the promise rings and indeed they make promise rings that are designed as a couple. Some couples may choose a ring only for the woman based on their preferences. It’s not uncommon for men to wear promise rings as it represents the beautiful commitment from his girlfriend to a blessed future together.

What to do with a promise ring when you break up?

When the unfortunate happens it’s often best to give the ring back to the person who gifted it. This is the norm followed b y engagement rings too. If both people refuse to hold on to the ring it can be sold and money could be split or deposited to the person who bought it.

How long should you date before getting a promise ring?

Many believe that the right time to gift a promise ring is about six months after a couple has started dating. This gives a couple enough time to decide if they are heading towards a steady relationship with the big hope for the future. When you know you are serious about that person and your soul feels it right, buy him/her a promise ring. The thing with a promise ring is it is just a cute representation of commitment but also it shouldn’t be taken lightly and rush into gifting one.

A promise ring is a token of commitment that assures the person receiving it that the person gifting it will hold on to their relationship dearly. Designed to be slightly less significant than engagement rings these promise rings could one of the most thoughtful gifts a woman can receive from her man or it could be the very first milestone for a young couple who would share two promise rings. 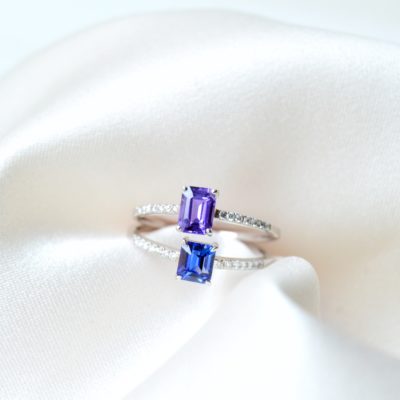 These rings come with affordable price tags (100 USD – 2000 USD) as most of the times the target market is young couples who feels it’s too early to be engaged or for couples who cannot live together due to various other restrictions in their lives.

A promise ring can be designed to your taste and its meaning could be unique to your relationship. What matters is what it represents universally “THE COMMITMENT”.

When to Send Wedding Invitations