The Meaning and History of Garnet

What is garnet that question arises if you are born in January . Here is the full guide of January birthstone. Garnets gemstone derived its name from a Latin word “granatum” pomegranate in English referring to its deep red colour that looks like red seeds fruit.

Although other gemstones are popular, Garnets stand out with its subtle aesthetic features. It symbolises physical love and ensures long-lasting relationships between partners. Green Demantoid variety is the rarest and most precious of all Garnets

Garnet is one of the most popular gemstones for jewellery and Red Garnets are the most popular of all the Garnet varieties. This is because of its intense hue and sparkle. It is a legendary stone and very precious. In Egypt, as discovered by archaeologists in the tomb of pharaohs and this means only one thing that mostly royals or kings are the only ones allowed to wear garnets. Going by the historical details of possession, Garnets is reported to be heavily owned by the Anglo-Saxon king which totals to about 468carats. Also, the great Plato’s grave was engraved with granites.

To further prove its durability and hardness, archaeologists found garnets on the necks of young men’s grave that dates back to 3000 B.C.

Garnets are much more than just fashion jewellery but also a talisman against negative energy. They are more closely linked to heart chakra which enhances attraction and deepens love and affection.

Garnet as a Birthstone 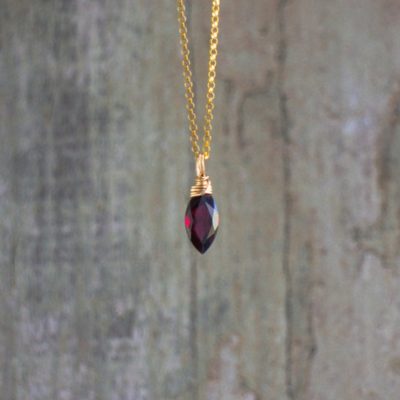 Garnet is a symbol of love, passion, an eternal attraction in relationships and total commitment. As a birthstone, anyone born within this month is going to emit features correlating with the peculiarities of this gemstone which include loyal, courageous, energetic and passionate. ¬Garnets are also a source of strength, prosperity and health.

Just like other gemstones and birthstones, Garnets it has the power to heal when put under the skin and cure situations like arthritis, varicose, veins and pancreatic diseases.

Garnet is closely associated with Aquarius and Leo. According to astrologers, the Red Garnet Gemstone is known as “Raktamani” meaning Blood Red Precious Jewel in both Sanskrit and Hindi. According to them, it helps to regulate the circulatory system, strengthen the heart and boost immunity.

The rules over the sign of Leo in the horoscope and Red Garnet is recommended to Leo born after a detailed analysis of birth chart by astrologers. They are honest, loyal, independent with sharpened intellect, unpredictable, spontaneous and unemotional.

Garnets have been in existence for thousands of years. It was discovered to have been used by the biblical character “Noah” to carve the lantern he used to steer the ark through the dark waters.

Garnets balance life and cut out all negativities from the mind. Garnets are related to root chakra which is the life-force in our body. It enhances the composure, strength and generosity in the wearer. It binds and enhances relationships among people.

It is a great mind reliever that relieves mental stress and depression and rather increases self-confidence.

According to astrologers, they are the perfect choices to bring dreams to reality and enhances wearer’s energy and stability.

Garnet’s beauty is such to behold. Its colour is so charming and attractive and anyone passing will, at sight, fall in love with its radiating beauty, maybe this is why the ancient people regard it as a symbol of love. 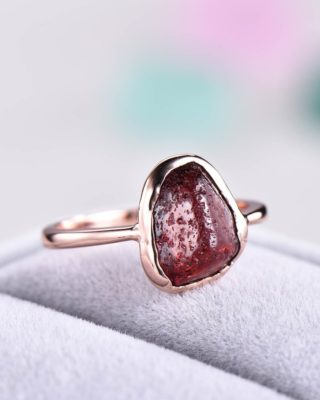 To care for Garnet gemstone by anyone in possession of it, he or she must clean it mainly with warm soapy water on the surface for garnet. The ultrasonic cleaner is also good to use on garnets with no fractures. Note that to clean garnet, steam cleaning is not to be used on it. Getting a bowl of warm water, a soft-bristled brush and a drop quantity of detergent afterwards use the soft brush on the surface of the Garnet and there you go! Your garnet is as beautiful as never been used.